Often, much of what we know about a career we learn from television and movies. For many, what we know about being a crime scene investigator comes from shows like NCIS, about being a lawyer from one of the countless courtroom dramas, and being a doctor from ER or Grey’s Anatomy. These shows take some liberties and artistic license, but at the least, they introduce us to jobs, maybe even inspire us to pursue them as careers for ourselves.

With many shows, the most common question we ask of the characters and their job is, “Could they really afford that apartment in New York?” But with the recent release of Career Pathways, we got to thinking about another question: could some of our favorite characters really make it into the jobs they have? Career Pathways uses Lightcast’s library of job postings, real-world profiles, and skills data to show how workers move between roles. We decided to use it to examine the roles and careers of some well-known characters and answer the question: could they really? 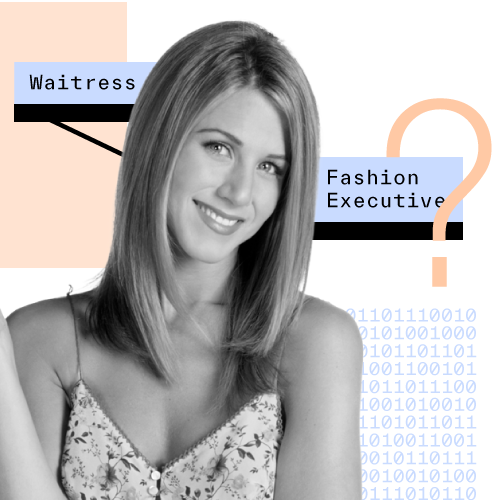 Could Rachel from Friends really go from being a waitress at Central Perk to an executive at Ralph Lauren?

One of six main characters in the series, Rachel is a runaway (and spoiled) bride from New Jersey. She gets her first real job when she becomes a waitress at Central Perk after relocating to New York. Using Career Pathways, we can look at next-step jobs by different regions (nation, state, county, MSA) and by different occupation taxonomies: SOC Code, O*Net, and Lightcast Occupation Taxonomy (LOT). Using the LOT Waiter/Waitress role and the New York-Newark-Jersey City MSA, we can see the most likely next-step jobs.

Following a very short-lived (one episode) job as a personal assistant, her next substantive role is as an assistant at Bloomingdale’s. This is a lateral move but provides more opportunity. While this isn’t one of the likely next-step roles, like many jobs, it was attained by networking—she meets a Bloomingdale’s employee who gets her an interview—it is well within the realm of possibility. In this way, she gets her foot in the door of her desired industry (fashion).

Here her career path does a bit of a two-step. When her boss dies, she actually gets demoted to being a personal shopper. Interestingly, this was a good thing for her career ambitions. According to Career Pathways data (resumes, jobs postings, and skills data), the personal shopper role turned out to be a more likely feeder to her advancement—becoming assistant buyer (purchasing assistant in LOT) at Ralph Lauren—than her role as an assistant.

Impressed by her work as a buyer, Ralph Lauren then moves her into a merchandising manager/executive role. Rachel’s progression from waitress to manager and executive is quite realistic and also emphasizes the importance of skill accumulation. Career Pathways also compares specialized, common, and software skills between two occupations. When comparing buyer and waitress (below), it’s clear that many of the skills needed to become a buyer aren’t going to be developed in her current role. But as an assistant and then a personal shopper she acquired the needed skills to prepare her for the buyer position. 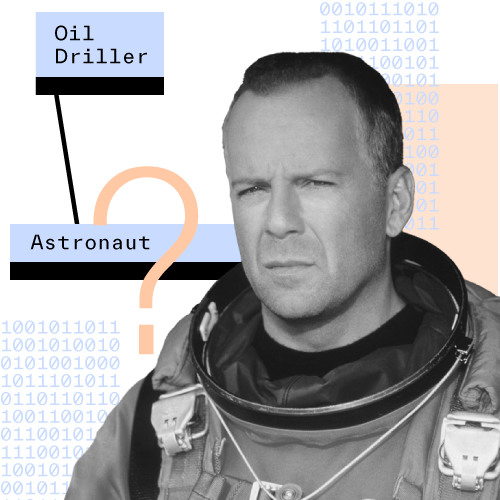 Could Harry Stamper from Armageddon really go from being an oil driller to an astronaut?

Going to be honest, this career ladder is pretty hard. For those who want to make the climb, there are a lot of rungs between oil driller and astronaut. But that doesn’t mean it’s impossible. By focusing on skills, Career Pathways doesn’t just show the difference between jobs, it reveals what abilities and knowledge are needed to succeed in a job, regardless of education or previous titles. And skills translate between jobs and industries much better than titles or degrees.

Since astronaut isn’t the type of job that’s showing up on job boards and prospective candidates aren’t circulating their resumes at career fairs, the data is insufficient to draw any conclusions using that particular role. Generally, however, the two routes by which someone becomes an astronaut is through a STEM profession or by being a pilot. A pilot feels a bit more like Harry’s style, so we’ll use it as a proxy for astronaut.

Flying an airplane (or spaceship) requires a number of specialized skills, which unfortunately Harry is unlikely to have currently. He does however possess some of the common and software skills necessary. And he is based in Texas, which has a burgeoning commercial space industry, so he’s not starting from scratch. Of the roles that commonly feed into commercial pilot, aircraft mechanic and technician is a promising next step job for Harry to get on the pilot career track.

Jumping over to the Skills Transferability report, we see a compatibility score of 88 for aircraft mechanics and rotary drill operators, with some skill gaps, but also existing overlap. By obtaining the necessary training and making this job step, Harry would put himself on the right path to becoming a pilot.

Is it an aligned transition to go from oil driller to pilot? No. Is it possible, sure. On the timeframe in Armageddon? Nope. Harry needs to obtain specialized skills through training and experience that takes years. With an asteroid the size of Texas hurling toward earth, Harry (and humanity) didn’t have that sort of time. Fortunately, this career progression was expedited by suspending belief, the great Hollywood trick. 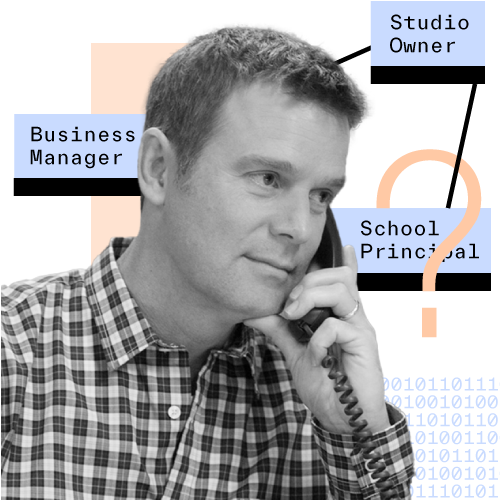 Could Adam Braverman from Parenthood really go from being a business manager, to running a recording studio, to school principal?

Parenthood follows the large family tree of the Bravermans in Berkeley, CA. The family includes Adam Braverman, who over six seasons goes from a business manager t a shoe company to running a recording studio with his brother to finally being a school headmaster.

After being fired from his business manager job at a shoe company, Adam’s brother convinces him to start a recording studio (they convert an old diner into a studio). In this role, Adam essentially serves as the VP of operations, handling the business side of the studio while his brother works as the sound engineer and producer.

A key feature of the Career Pathways report is the ability to see skill gaps and transitional skills by comparing occupations. In comparing these jobs, this appears to be a very doable transition, as Adam likely has developed at least a baseline knowledge of many of the specialized operations skills. However, gaps do exist, and like many business owners, he would need to teach himself and learn on the job.

But as an entrepreneur and small business owner, just as important are his common and software skills. In these areas, the skill gaps are much smaller and sometimes non-existent.

Following this role, Adam becomes the principal of his son’s school. A major storyline of the series is his son’s diagnosis with Aspergers and the family's struggle to find a school environment where he can thrive. In the end, they start their own school, which Adam leads.

Career Pathways provides baseline information on searched occupations. Of note for this role is that 83% of the 882 job postings nationally ask for a master’s degree. Not having a master’s doesn’t mean it isn’t possible for Adam to have moved into this role, but more commonly those in the role will hold an advanced degree.

As far as gaps and transitional skills, these are pretty significant for specialized skills. Areas such as curriculum development, instructional strategies, and pedagogy will require learning and development. But with all the requisite common and software skills, he would be able to focus on cultivating the specialized skills needed to run a school.

So maybe not quite as likely a career transition as Rachel from Friends, but more likely than Harry from Armageddon.

It’s fun to see how likely some of our favorite characters’ career trajectories would be in the real world. For those in workforce development, even more fun is seeing real people utilize their skills and experiences in fulfilling work. For those in economic development, seeing local businesses retain workers and source local talent is where the fun happens. Both these real-world pursuits can be aided significantly by Career Pathways.

Using skills data from job postings and profiles, Career Pathways identifies feeder jobs, next-step jobs, and compares specialized, common, and software skills between occupations. It provides the most current information on skill adjacent roles, and does so in a clear and understandable report that allows users to inform jobseekers and stakeholders alike.

Career Pathways is part of our flagship Analyst platform. Learn more about how Analyst unlocks new possibilities in the labor market for communities, education, and business.

Want to personalize a jobseeker's career exploration with a skills-based tool?

We've have the data and tools to do this in your community!